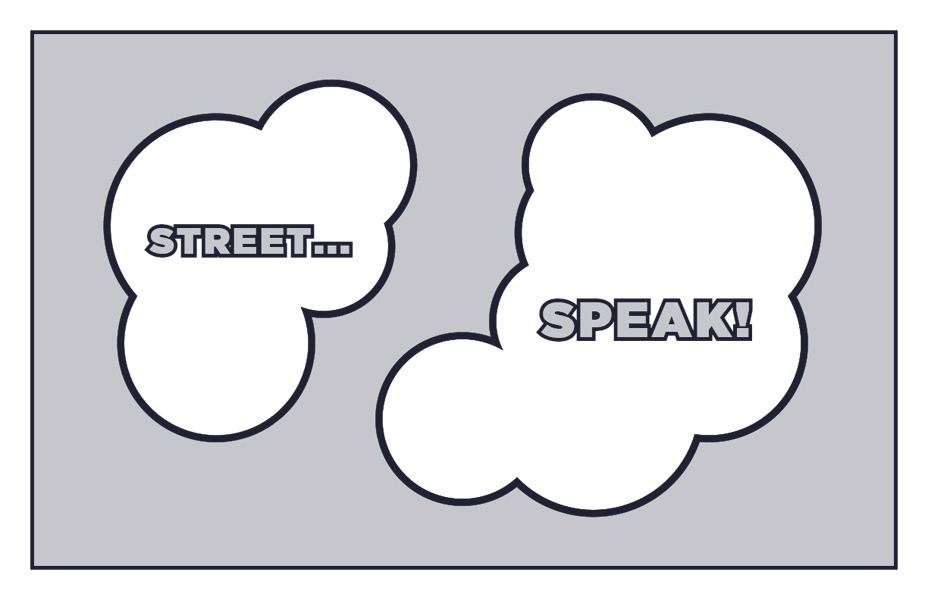 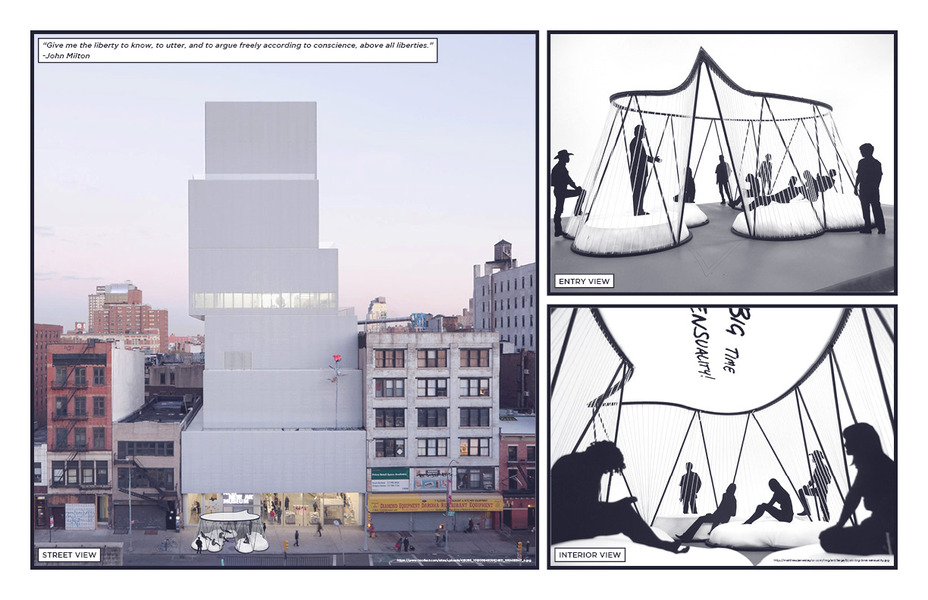 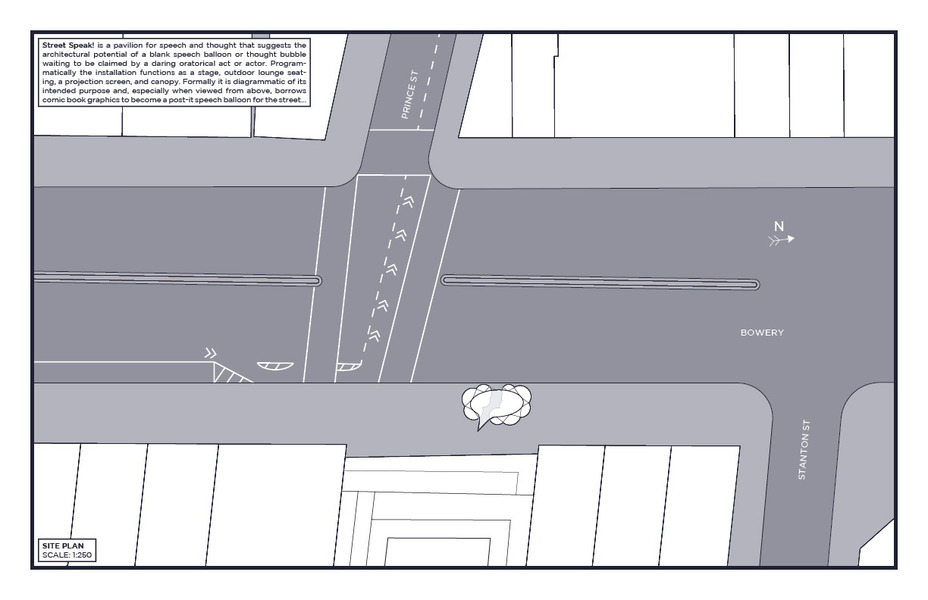 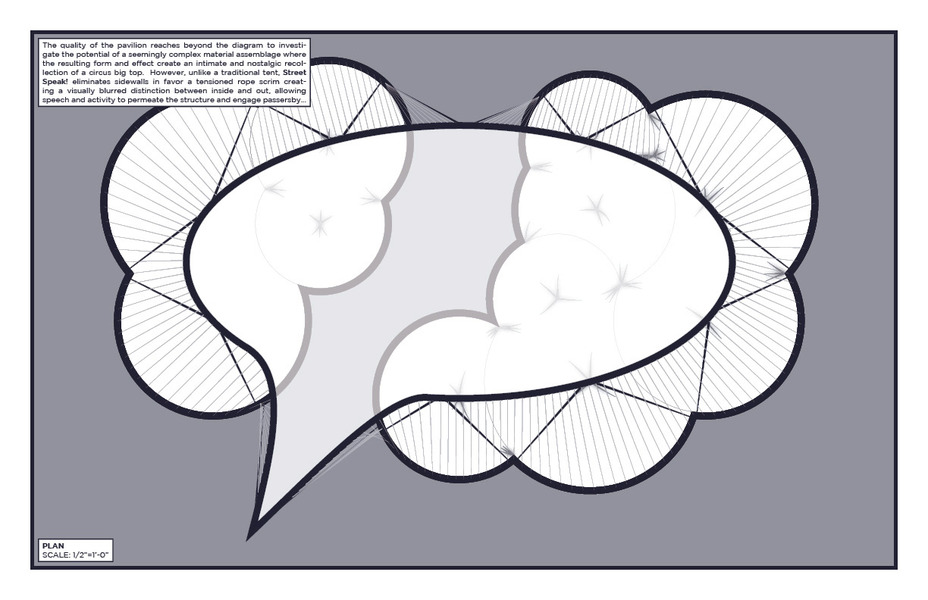 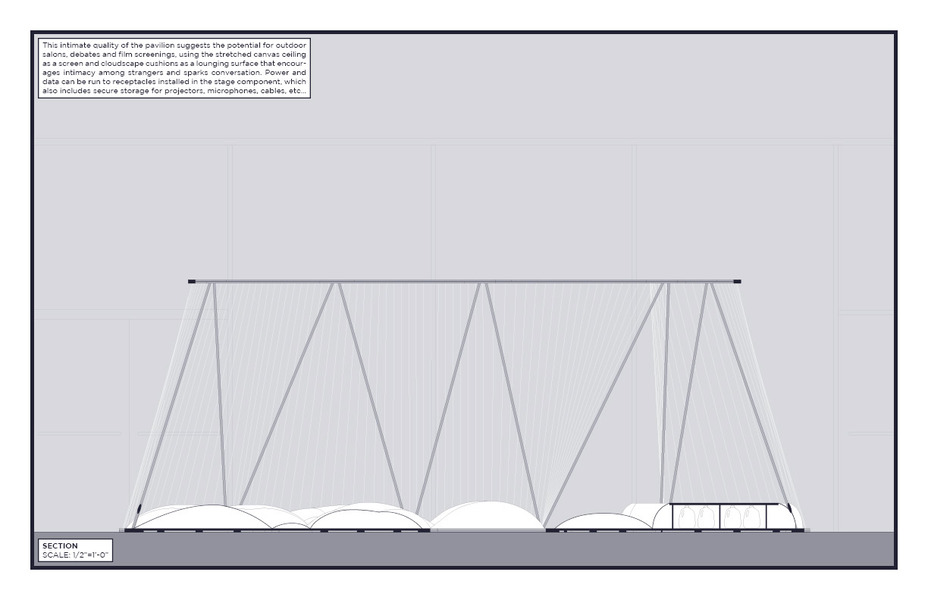 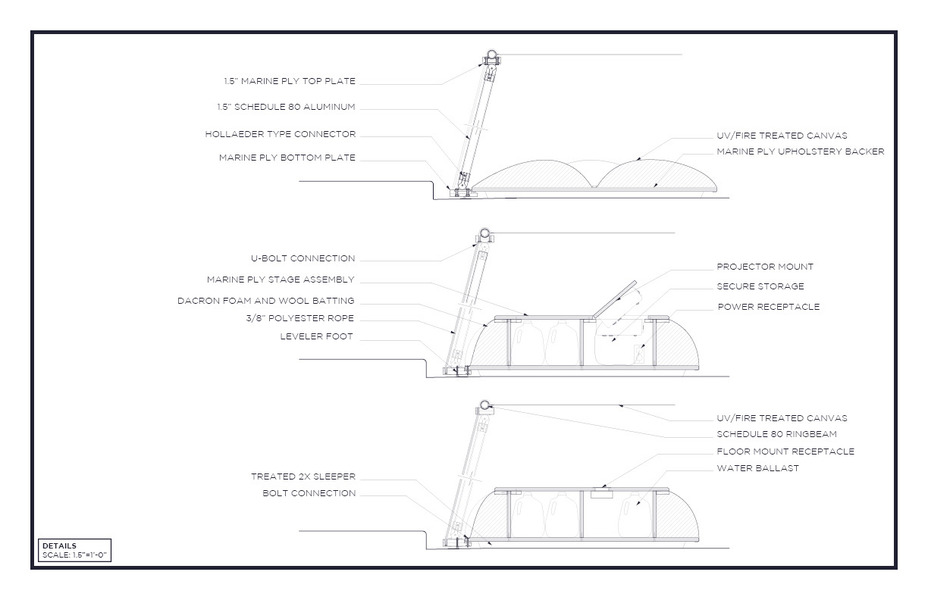 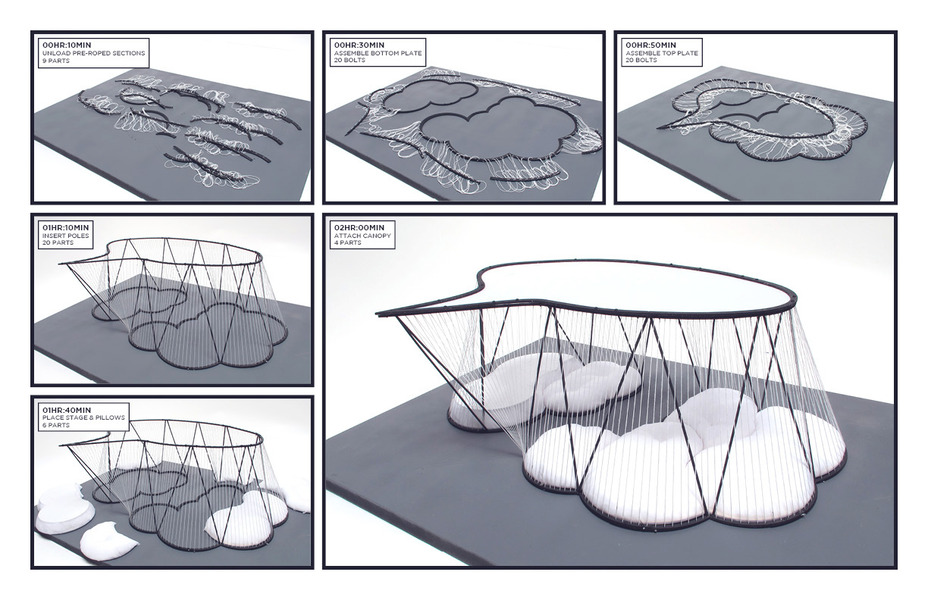 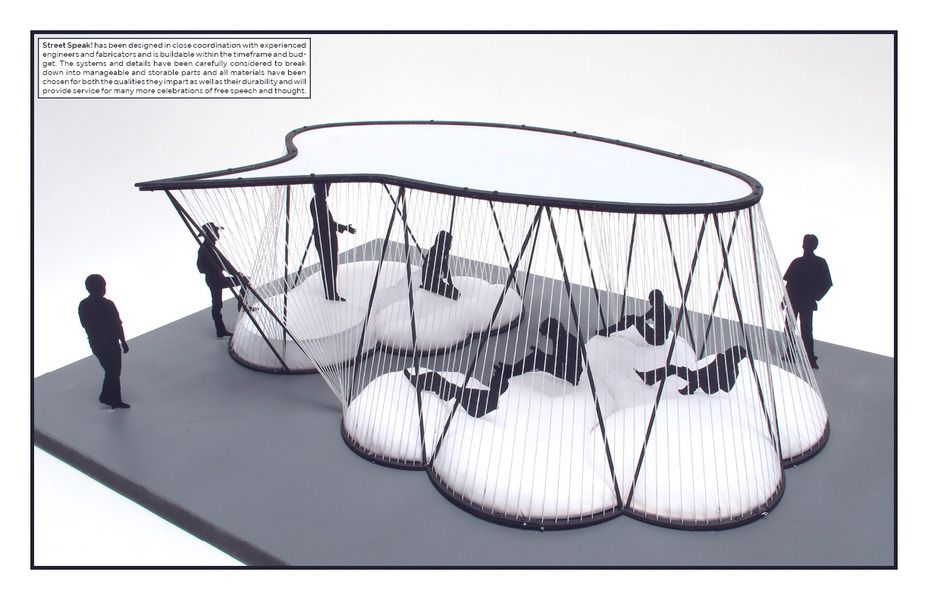 Street Speak! is a pavilion for speech and thought that suggests the architectural potential of a blank speech balloon or thought bubble waiting to be claimed by a daring oratorical act or actor. Programmatically the installation functions as a stage, outdoor lounge seating, a projection screen, and canopy. Formally it is diagrammatic of its intended purpose and, especially when viewed from above, borrows comic book graphics to become a post-it speech balloon for the street. The quality of the pavilion reaches beyond the diagram to investigate the potential of a seemingly complex material assemblage where the resulting form and effect create an intimate and nostalgic recollection of a circus big top. However, unlike a traditional tent, Street Speak! eliminates sidewalls in favor a tensioned rope scrim creating a visually blurred distinction between inside and out, allowing speech and activity to permeate the structure and engage passersby. This intimate quality of the pavilion suggests the potential for outdoor salons, debates and film screenings, using the stretched canvas ceiling as a screen and cloudscape cushions as a lounging surface that encourages intimacy among strangers and sparks conversation.